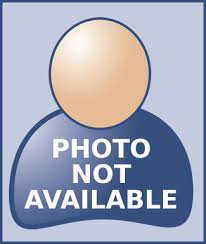 Peter Siviglia was born in Brooklyn, NY, when the Dead Sea was first beginning to feel ill.  He is now semi-retired from the practice of law, spending much of his time writing about contract preparation and teaching his grandchildren the games he played on the streets of Brooklyn.

He has practiced law in New York continuously for more than 50 years, mostly in Manhattan, representing clients both domestic and foreign, public and private. His practice concentrates on transactional and corporate matters, and he has served as correspondent and special counsel to major international law firms on contract matters and negotiating.

All of Peter’s contracts that have been involved in litigation have been enforced against the defaulting party, without exception on summary judgement, based solely on the words of the contract.  In one case a Federal District Court in New York, quoting the entire agreement in its opinion, wrote “Nothing could be more clear…”; and a Texas appellate court, in a unanimous three-judge opinion, repeatedly citing the contract’s “clear wording” and “unambiguous” text, concluded that “Under the Agreement’s unambiguous language … [the defendant] must pay the Fee” ($21 million).

Before retiring to Tarrytown, NY, Peter was co-managing partner of the firm Sharfman, Siviglia, Poret, Kook, Ross & Shanman, P.C. Peter is a member of the New York State Bar association.