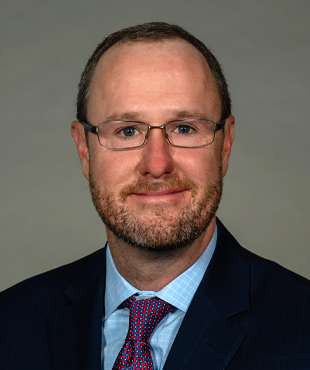 Jon Strongman represents companies in complex litigation, focusing on cases involving medical and scientific issues. He has become known for his ability to communicate complicated information in an understandable way to juries as well as to his own clients and opposing counsel. He has tried high-stakes cases, including bellwether trials in nationwide MDL litigation. He recently won a defense verdict for Sanofi in the first MDL bellwether trial over the chemotherapy drug Taxotere. After the 2019 verdict, he and co-counsel Hildy Sastre were nominated for ALM’s “Litigators of the Week.”

He has also been actively involved in pelvic mesh litigation, one of the largest complex cases in the country. In Albright v. Boston Scientific Corp., one of the first defense verdicts in the pelvic mesh litigation, Jon helped develop trial strategy and cross-examined medical and scientific experts from a range of disciplines. In 2017, Jon and the trial team obtained a defense verdict in Harris v. Boston Scientific in Delaware state court after the jury determined that the plaintiff failed to prove the existence of any defect in the mesh product. This followed a similar defense verdict in 2015 in Carlson v. Boston Scientific Corp., in the U.S. District Court for the Western District of North Carolina. In 2015, Law360 selected Jon as one of five Rising Stars in the United States in the area of product liability law, based in part on his trial work in the mesh litigation.

Jon has also won cases before trial became necessary. Jon builds relationships that help to resolve the disputes that arise during litigation in a professional, efficient, and cost-effective manner. A Law360 profile of Jon highlighted this ability to build relationships with all of the parties in his cases and to explain complex issues simply.

Jon has used his skill of breaking down complicated issues in his writing career as well. He has authored articles on a variety of topics, including preemption, the learned intermediary doctrine, pharmaceutical advertising and developments in U.S. product liability law. He also is a recipient of the prestigious Burton Award for Excellence in Legal Writing.

Outside of the courtroom, Jon devotes his time to mentoring young lawyers and law students. He has helped teach a deposition program at the University of Kansas Law School and served as vice-chair of Shook’s Professional Development Committee, which has implemented practical skill programs for young lawyers. He also values leadership skills and participated in an invitation-only leadership program called Kansas City Tomorrow, which is sponsored by the Kansas City Civic Council.