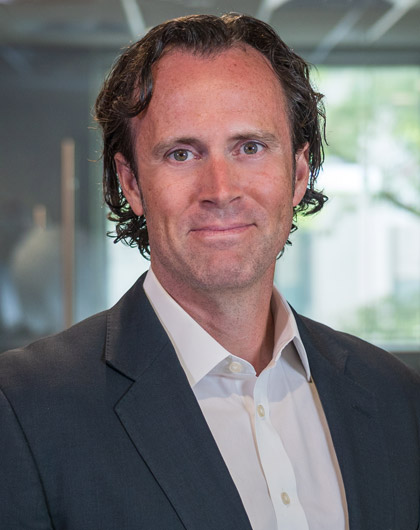 Holden Triplett has extensive international and domestic experience in national security and intelligence matters, especially with respect to their impact on businesses and private enterprises. In addition to his work at Trenchcoat, Holden is an adjunct professor at Georgetown University’s Walsh School of Foreign Service, where he teaches a course on Chinese Intelligence, Security and Influence.

Holden left the FBI in mid-2020, after almost 15 years of service. In his last position, Holden was the FBI Faculty Chair at the National Intelligence University where he taught courses in Counterintelligence, National Security Law and Intelligence, and Chinese Intelligence and Information Warfare.

In 2017, Holden was designated the Director for Counterintelligence at the National Security Council. While at the White House, he led the development of counterintelligence policy for the United States; drafting Presidential Directives and legislation to protect the U.S. government and the private sector from exploitation by foreign governments.

Holden has substantial overseas experience. He served as the FBI’s senior official in the People’s Republic of China from 2014 – 2017. During his time in Beijing, Holden was the primary U.S. interlocutor with the Chinese security services on a number of cyber intrusion and economic espionage matters involving U.S. companies. Immediately prior, he was an FBI representative to the Russian Federation in Moscow for two years, where he engaged with the Russian security and intelligence services. Following the Boston Marathon bombing, Holden persuaded Russian security services to provide wide-ranging investigative support to the FBI. He conducted joint activities in Dagestan and other locations in the Caucasus. Holden previously served as the FBI representative to the Joint Task Force on Terrorism Financing in Riyadh, Saudi Arabia in 2008.

Before joining the FBI, Holden worked as a project finance and renewable energy attorney at private law firms in California. He has a J.D. from the University of California, Berkeley where he was a FLAS fellow. His B.A. is in Philosophy and Russian Literature from the University of Texas, Austin where he was elected to Phi Beta Kappa. He is conversant in Chinese and Russian.