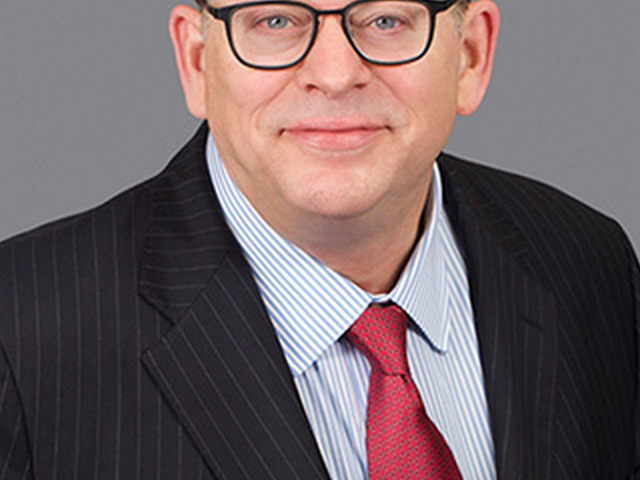 Jack Gordon - after more than eight years as a litigator with one of the nation’s largest and most preeminent law firms, he formed his own law practice and soon joined with partners Michael Kent and Harry Beatty in 1997. He has been rated ‘AV’ by Martindale-Hubbell since 1999 and, for every year since 2013 he was named both a Top 100 Lawyer by Top 100 Lawyers Magazine and a New York Metro Area Super Lawyer by Super Lawyers Magazine. He is listed in the 2018 edition of the Marquis publications, "Who's Who in American Law" and in the 2017-2020 editions of "Who's Who in the World." He is also a recipient of the 2018 and 2019 Marquis Who's Who Lifetime Achievement Awards.  And, for every year since 2019, Jack has been selected as one of the Top 100 "Bet-The Company" Litigators by America's Top 100 LLC.

He is an extremely successful litigator who concentrates in commercial matters in a wide range of industries. His practice also includes all aspects of employment law. He regularly advises corporations and financial institutions as well as senior executives on matters of compensation, employment and injunctions involving departing executives.

He has resolved legal disputes for major corporations over intellectual property, dissolutions, employment benefit claims and endorsement contracts. For example, in February of 2021, Jack and his partner, Josh Katz, won reversal in the Second Circuit of a $2,000,000 trademark infringement finding following a bench trial by Judge Kaplan of the Southern District. The Second Circuit found that the colors used on dental mixing tips, although part of appellee's trade dress and the subject of more than ten registrations in the USPTO, were also functional since they indicate the dimensions of the tips, thereby precluding trademark enforcement.

In September of 2020, Jack Gordon, Josh Katz and Alex Paradiso obtained a significant victory on behalf of the firm’s client in a federal civil RICO action with global implications.  The case, which sought more than $1 billion in damages, concerned two New York-based entities’ investment in a Luxembourg-based real estate development company.  The New York entities alleged that several individuals had conspired to secretly acquire a controlling share of the real estate development company to the detriment of the company’s minority shareholders.  KBG, along with attorneys from several major law firms representing the other defendants, made a motion to dismiss the case on the grounds that, among other things, the United States was not the proper forum for the dispute.  Judge Denise Cote of the SDNY granted the Defendants’ motions and dismissed the case in its entirety.

As another example, in November of 2019, Jack Gordon and Josh Katz, with the help of our litigation team, secured a unanimous jury verdict worth over $26,000,000 with interest in a trial before Judge Daniels in the Southern District of New York.  The jury found that defendant Venus America Corp. breached its TV airtime contract with Genomma Lab by secretly overcharging our client for 150,000 spots on Spanish-speaking TV stations in the US.

Jack also headed the litigation team that, in January 2015, represented Broadspring Inc. in a jury trial before Judge Sullivan in the Southern District of New York against Congoo d.b.a. Adblade and its two most senior executives for defamation arising out of false reviews they posted in online trade publications using fake names. After seven full trial days, the jury returned a verdict for our client, including the imposition of punitive damages.

In addition, Jack obtained a multimillion dollar settlement for Tarrant Apparel Group in widely-publicized litigation against the actress Jessica Simpson for breach of her celebrity endorsement contract.

Jack also headed the team that led to the August 2011 dismissal of all claims of copyright infringement brought against his client, renowned photographer Ryan McGinley, as well as the Second Circuit's affirmance of that dismissal in November 2012.

Jack also heads KB&G’s hospitality practice. The firm's hospitality group provides comprehensive legal advice to numerous restaurants, wine bars and retailers, and nightclubs in New York and New Jersey as well as nationwide, and it also serves numerous wine and spirits importers, distributors and retailers. In March of 2015 Jack was the subject of Eater Magazine's "33 Photos With" series by Nick Solares. The feature article can be viewed here. He was also a panelist on the February 2020 broadcast of The Stoler Report, where he spoke as a "legal eagle" on the subject of hospitality law in New York.

In addition, Jack has been a lecturer at the Institute of Culinary Education (ICE) since 2010, where he teaches a unit on the legal aspects of opening and running a restaurant or wine bar.  In January 2021, Jack held a Zoom lecture for graduate students at ICE on the legal aspects of opening a bar or restaurant in NY during a pandemic.   He is also an adjunct professor for CLE-providers LawLine and The National Business Institute, where he instructs lawyers and other professionals on hospitality-related issues. In November of 2017, Jack was a guest lecturer at Columbia University, where he instructed MBA students taking a graduate course in Food Entrepreneurship. In March of 2017, as well as in 2018 and 2019, Jack both sat on and later moderated a panel at the New York City Bar where he and his fellow panelists taught, "Opening a Restaurant in New York: Legal Issues Boot Camp." His seminars are viewed and/or attended by hundreds of participants.

Jack is the Chairman of the NY City Bar Association Hospitality Law Section and a Fellow at The Culinary Institute of America, as well as a Board member of the Wine & Food Society of New York, where he serves as Executive Vice President and Events Chairman. He is also a Commandeur of The Commanderie de Bordeaux and a Knight of the Cavalieri del Tartufo e dei Vini di Alba, a member of the Essex County Wine Society and the Essex Fells Area Wine Tasting Society, among others.

He is a Member of the New York State and American Bar Associations (Litigation Sections) and the Association of the Bar of the City of New York. He is admitted to the New York and New Jersey Bars, the United States District Court for the Districts of New Jersey and the Southern, Eastern and Western Districts of New York, and the Bars of the Second, Third, Sixth and Eleventh Circuits, as well as the United States Supreme Court.

He also is the President and a Trustee of the Roseland, New Jersey, Historical Society, a Board Member of the Roseland Planning Board, Chairman of the Roseland Landmarks and Historic Districts Commission, and President of The Roseland Police Foundation.  In addition to his legal work and civic responsibilities, Jack is a principal in Bumble Bee Productions, LLC, a film production company dedicated to producing feature-length films, including the historical documentary, The Bond Force Legacy.

Programs by Jack A. Gordon, Esq..

No Complaint, No Problem! Navigating CPLR 3213

A CPLR 3213 motion is a procedural mechanism in New York that allows a party to make a motion for summary judgment before even filing a complaint in actions based upon “an instrument for the payment of money only or a judgment.” A motion ... 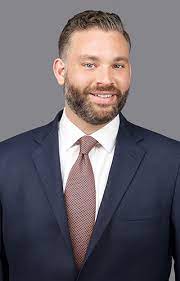